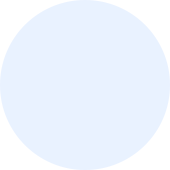 The Japanese language is the ninth most spoken language in the world, with 128 million people speaking it as their first language in only two countries. Globally, Japanese is spoken by 128.3 million speakers. It might be more difficult to find a Japantown than a Chinatown, but the Japanese diaspora can be found in several countries. Brazil has the largest Japanese community, followed by the United States, the Philippines, China, the United Kingdom, Peru, and Canada. Japanese communities are also found in Europe, South America, Central America, South Korea, Australia, New Zealand, East Asia, Southeast Asia, South Pacific Islands, Qatar, Pakistan, and Russia.

Learn German Language Class with us

Learn Japanese Language with us

Learn Korean Language with us